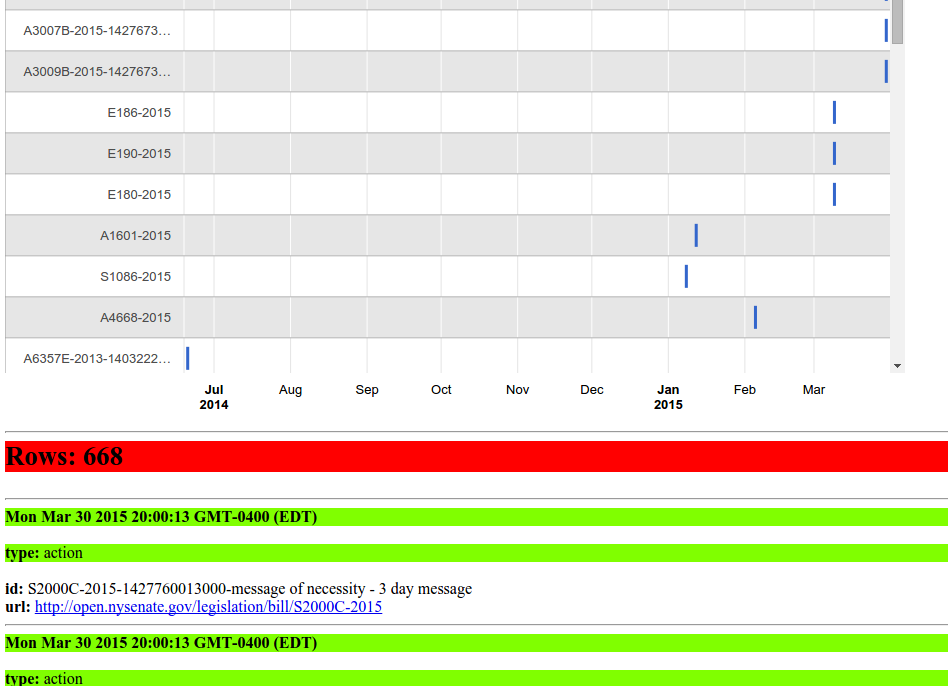 This tool can be used to search on any term and to chart on a timeline when it is used.

You can fork it on github here: https://github.com/civic-data/laws-of-planet-earth

Posted by Taxpayers of New York at 4:04 PM