Posted by Taxpayers of New York at 1:15 PM No comments:

Bills vs. Resolutions vs. Signed by Governor for New York State

Have you ever watched our New York State Legislature in action?  We highly recommend it.  See http://assembly.state.ny.us/av/session/ and http://www.nysenate.gov/video_archives .

One thing that you might notice is neither seem to support a HTTPS secure connection.  It seems odd that many of our important government sites do not support basic security.

You will be happy to know that our White House does support HTTPS TLS connection.

You also might ask the question what does our New York State Legislature do?  Well, see https://demo.redash.io/queries/311

According to the data at http://openleg-dev.nysenate.gov/bills?search=billType.resolution:true&searchPage=1&sort=status.actionDate:desc&isRefined (A wonderful site that is highly recommended)  there are 26605 bills (which really means resolutions)

Also according to the data at http://openleg-dev.nysenate.gov/bills?search=billType.resolution:false&searchPage=1&sort=_score:desc,session:desc (A wonderful site that is still highly recommended)  there are 70437 bills (which really means bills)

So this leads to the question how many bills actually are signed by our governor. 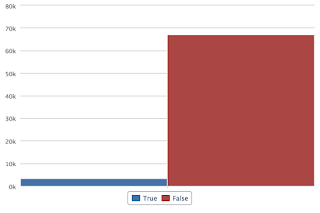 Bills that actually are signed by the governor


This appears to mean that only 4.9% of bills become law.  This may be a good thing when you read some of these bills.

Here's an application that shows the "Bill Parade"  https://nysenate.firebaseapp.com/#

Posted by Taxpayers of New York at 12:11 AM No comments:

Our Attorney General Schneiderman Proposes Sweeping Legislation To Reform New York State Government.  One question that you may ask is how short is the term limit request from our AG Schneiderman.  Well, the answer is infinite because term limits does not seem to be mentioned.

But our AG Schneiderman did propose "salaries increases" for our representatives.

This may be a good thing if kept within reason and if all "per-diem" and slush funds are eliminated.  Think about it, if you commute to work, no one pays your commute expense but yourself.  Should not your representative do the same?

And here's your representative's session calendar. 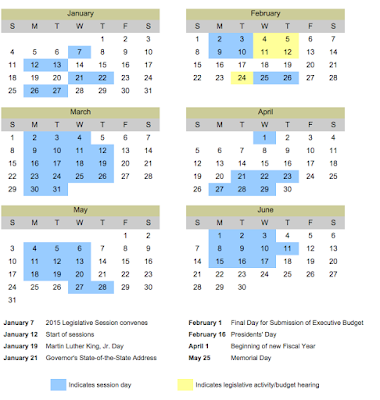 Yes, you would be correct to ask where is July through December?  It appears that time has no sessions.

Of course, we must assume that our representatives are working for the people they represent most of the rest of the time during the year.  I highly recommend that you call and visit your representatives office and give them assignments and followup with them and everyone in your community on their diligent progress.

Ask yourself this:  "What if you where the representative and your current representative was your constituent, how would they treat you?"  I have a feeling they would be quite demanding and quite critical.  You have the right and duty and obligation to do the same for yourself and your community and your future and your family's future.

And regarding crimes committed by our representatives:

Did you realize that, it appears, we, the taxpayers, pay for settlements involving our representatives when they are found guilty.

Look at the Vito Lopez case,

See http://www.nytimes.com/2015/02/06/nyregion/harassment-suit-against-former-assemblyman-vito-lopez-and-sheldon-silver-is-settled.html
Mr. Lopez, 71, was first elected to the Assembly in 1984. After resigning, he will continue to receive an annual pension of $64,634.28, which he began collecting in 2011 through a loophole that allows some lawmakers to receive a legislative salary and a pension simultaneously.

And our AG Schneiderman wants to give them pay raises?

Tell https://twitter.com/agschneiderman what you think.

Posted by Taxpayers of New York at 12:34 AM No comments: